Fountain of youth: Australian scientists in race to find a cure for ageing

来源: 本站 作者: admin 发布时间: 2018-03-30 14:12:36 浏览次数: 544
Three Australian research teams are racing against each other to come up with drugs and therapies to cure a disease with a 100 per cent mortality rate: ageing. Their techniques are radically different, and each offers its own pros and cons – but common threads tie them all together. They are racing: against each other and against time.

Three Australian research teams are racing against each other to come up with drugs and therapies to cure a disease with a 100 per cent mortality rate: ageing.

Their techniques are radically different, and each offers its own pros and cons – but common threads tie them all together. They are racing: against each other and against time.

And they are now so close they are starting to test the drugs and therapies on their own bodies.

Let's call the first team, based at the University of NSW, the Pharmacists. They are led by Professor David Sinclair, who discovered the anti-ageing properties of a red-wine compound called Resveratrol in 2003.
That work got him into Time magazine's 2014 list of the world's most influential 100 people.

But Resveratrol research stalled somewhat after human trials revealed the high concentrations needed to have an effect caused diarrhoea.

That has not stopped the team from chasing a range of other novel molecules. They are now studying NMN, which seems linked to energy production. Human trials are starting later this year. 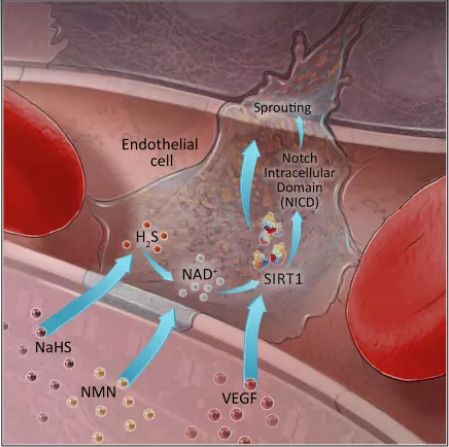 There is also a compound in the works that mimics the effects of caloric restriction.
"We're in a very exciting time right now," says team member Dr Abhirup Das. "People are realising there is no one magic pill, there are instead different ways of targeting ageing."

He's so excited by the new research he is switching from supplementing Resveratrol to NMN – plus doing 20 to 30 minutes of aerobic exercise a day.

"The key aspect is how we find the synergy between all these molecules. I think in the next two or three years, there will be a big wave coming, you'll see some key breakthroughs for sure."

Team two acknowledge their work is less sexy, but they think it's much closer to commercialisation. Let's call them the Dieters.

Since the 1930s scientists have known that putting a mouse on a calorie-restricted diet will reliably increase its lifespan by as much as a third. Side effects: stunted growth and permanent low body temperature.

When Professor Stephen Simpson at the University of Sydney looked at that work, he spotted what he thought was a key flaw: everyone was focusing on restricting calories, but no one was asking whether the type of calories mattered.

So he fed a fruit fly a low-protein, high carbohydrate diet – but let it eat as much as it wanted. It too enjoyed an extended lifespan.

Remarkably, the biological pathways his diets seem to influence are the same as those being targeted by the UNSW team's drugs. "They are both operating on the same fundamental biology," he says.

After the fruit-fly study, Professor Simpson got his second big break in 2010, when a mystery American arrived at the university campus carrying a masterpiece.

Its sale for $20.6 million allowed the university to build an institute around Professor Simpson's work..

They are about to launch a series of clinics to test their dietary ideas, and he's already testing them on himself – shifting from meat to plant-based protein and eating lots of fish and complex carbs.

"I think our work here I translatable virtually immediately," he says. "The dietary manipulations that are required to produce the effects we're seeing experimentally in mice, we're seeing reflected in analysis of population data of humans."

But his work seems to present a tough choice.

The low-protein diets his team have developed, just like caloric restriction, work well at extending lifespan.

But the mice glare enviously through their cages at their brothers testing high-protein diets, who enjoy increased testosterone, more lean muscle mass and better reproductive health. And a shortened lifespan.

Here's where the third team comes in. Let's call them the Geneticists. They are led by Dr Matt Piper at Melbourne's Monash University.

Dr Piper wondered: what if it wasn't just the nutrient ratios that made a difference, but the ratio of different types of protein within them?

He went through the DNA of a mouse and counted how many proteins it coded for, and which amino acids – the building blocks of proteins – it used to make them. Then, he fed the mouse a low-protein diet containing that exact ratio of amino acids.

It was like putting the mouse on both of Professor Simpson's diets at once. It grew more muscular, had more testosterone, and enjoyed an increased lifespan.

Dr Piper is a quietly-spoken academic, who unlike others in the field is not given to big pronouncements. He declined to put a number on when a drug or therapy might become commercially available.

But recent breakthroughs made him confident beating ageing was now a matter of science, not fiction, he said.

"This field has become a thing, a legitimate thing, as opposed to anti-ageing medicine being the province of dodgy salesmen."

Dr Simpson said team and their Australian competitors were among the world's best anti-ageing researchers.

"If you include us and University of NSW and Monash teams, I think we have probably the strongest group in ageing biology anywhere."